We’re pleased to announce the launch of the Sleepy Pi family of boards and accessories for the Raspberry Pi. 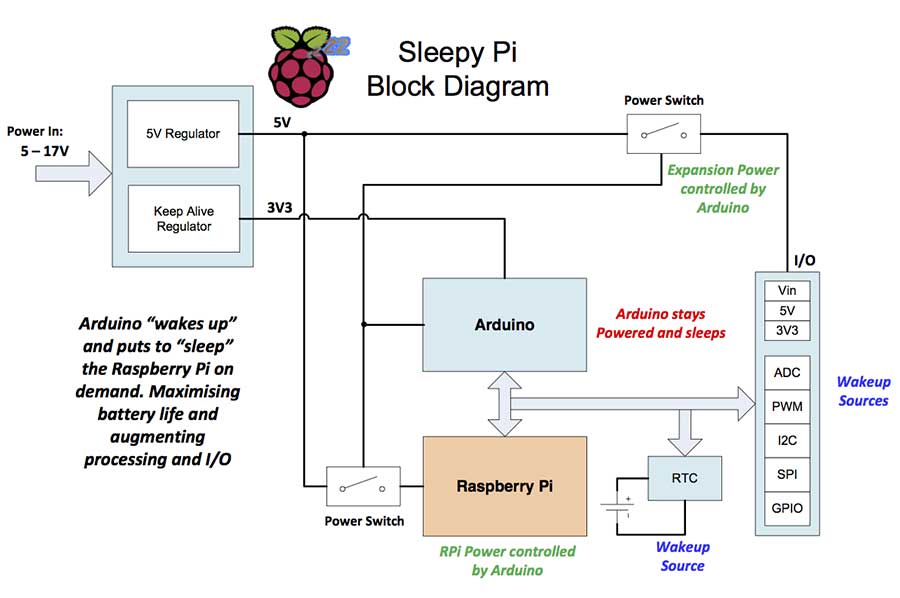 The first board in the family is the Sleepy Pi, which is essentially a Smart Power Management board for the Raspberry Pi that includes a low power Arduino that stays powered when the Raspberry Pi is off.

The Sleepy Pi can reduce the overall power used by the Raspberry Pi, particularly when powered from batteries in applications where the Raspberry Pi doesn’t need to be on all the time. You can think of it as adding a “Sleep” mode to the Raspberry Pi, because the Arduino can periodically power the Raspberry Pi down and then “Wake” it up to perform a task before putting it back to Sleep again. As a side benefit you also get some Arduino I/O to play with, like Analogue Inputs and PWM’s.

We’re looking to offer a number of the next batch of boards to the community for test and feedback. If you have a great idea for how you would use a Sleepy Pi and have some time to test one, then please contact us with your details and project using the form below.

2 thoughts on “Introducing The Sleepy PI Family: A Range Of Sleep Mode And Arduino I/O Boards For Raspberry Pi”