It’s been a busy time at the Raspberry Pi Foundation recently, with not one but two new boards released. Firstly the A+ arrived which is an updated Model A, but in a new square form factor and with the extra GPIO that the B+/2 sport. Next was the release of the Raspberry Pi 2 which is largely similar to the B+ in looks and GPIO, but packs a quad-core ARM processor and 1Gb of RAM. Lovely.

What are the implications for using these with the Sleepy Pi?

The quick answer is that both will work quite happily with the Sleepy Pi. Your end application will determine which flavour of Raspberry Pi is best for you. Is it performance or low power you need?

For the Raspberry Pi 2 the big wows are speed and more RAM. Surprisingly, the Pi 2, despite having more cores and a faster processor clock, isn’t appreciably more power thirsty that a B+. From the measurements I’ve made of both (just idling & headless, no ethernet or wifi), I see:

So before layering on some processing there’s nothing much to choose between them. Alex Eames over at Raspi.TV has a great article measuring the current after adding in each core (I love the code for this). By his reckoning he estimates you add around 50mA (250mW) per core under loading, going up to a total of 420mA (2.1W).

So will a Model B be better for overall power consumption? Not necessarily, depending on what you need to do and where you application spends it’s time, it can very often be better to burn more power, but for a shorter period of time, rather than less for longer. The RPi 2 is definitely a lot faster and I would tend to choose that one most of the time.

For the Raspberry Pi A+, the key here is low power. When idling (headless, no wifi), I measure this at an incredible:

So apart from being ridiculously cute, the A+ is super low power. You’ve got only one USB port, so  running headless is almost a must and then use the USB for a wifi or 3G dongle. This board is the ultimate for low-power ,off-grid projects. I love it (it’s my new favourite).

The Sleepy Pi sits happily on both the A+ and the Pi 2 and the position of the components and processors still enables the use of a standoff from the Sleepy Pi to enable good stability.

Here is the Model A+ (Note that double chip!) 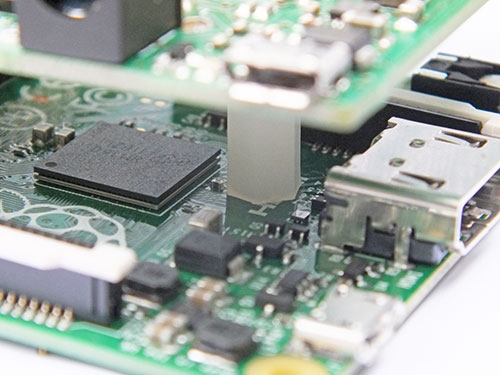 and here’s the Raspberry Pi 2: 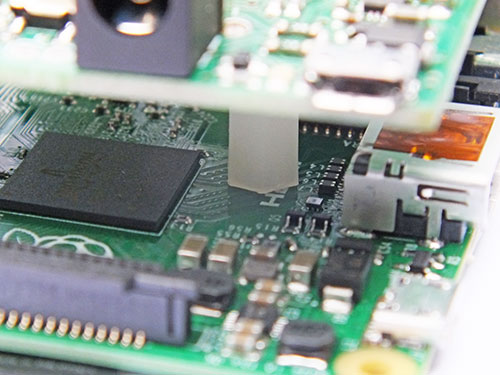